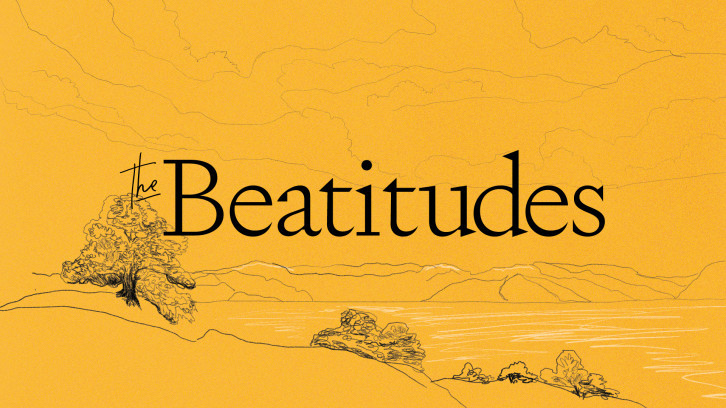 Sermon by By Reverend Matt Harbage

Last week, when books were fish, we were reflecting together on the calling of the first disciples. They were fishermen, called to be fishers of men – to seek out people who would respond to Jesus’ radical call to draw close to God.

Jesus in today’s Gospel is teaching those fishermen. He’s describing the signs of the kingdom of God, and telling them – and us – how we might feel, if we are in the right place under God’s direction.

Just a quick show of hands, who has heard of the Sermon on the Mount?

The sermon on the mount (which is recorded in Matthew’s Gospel) summarizes a great deal of Jesus’ teachings. And this reading, from Luke’s Gospel sounds very much like the Sermon on the Mount, only it’s a bit different.

For example, we hear that Jesus came down to stand “on a level place” to address the people in Luke’s version. He’s literally surrounded by the crowd, and he’s healing everyone he touches as he looks up and speaks to his disciples.

It’s probably the same moment that Matthew describes, but Jesus here says less, and yet more, as along with the Blessings he declares the Sorrowful Laments[1] too:

What is Jesus saying? He’s being descriptive, not being prescriptive (that is, telling us what to do). To be blessed by God you do not have to walk around poor, hungry and weeping. Our Sunday worship should be marked by Eucharist: which means “Thanksgiving” – Gratefulness and joy!

Jesus is not saying you are never to have riches, or to feast, or to laugh!

But rather, as Fr Gregory Boyle puts it[2], Jesus is helping us understand the geography of the Kingdom of God. Jesus is telling us where to stand: You’re in the right place if you are with the poor and on the side of compassion.

Jesus tells us where we ought not to stand too, if we wish to participate in the Kingdom. Perhaps in one sentence it’s this:

The Kingdom of God has come to DISTURB the comfortable & COMFORT the disturbed.

It might sound obvious, but in our world today we should not feel too comfortable. We must not simply accept the reality of knife crime. Of male violence against women. Of our Prime Minister lying to the public. We must never be comfortable while there is racism in every layer of our society, and even in the church.

WOE to those who are comfortable. Who stand looking at the world disconnected from their God-given compassion. For those whose wealth has insulated them from the pain of the world and so has also insulated themselves from what God is doing in the world. WOE to them.

For those who are hungry for justice, for those who weep. You will be filled to overflowing. You will laugh! You will see the coming of God’s salvation. The promise of Resurrection which St Paul powerfully and logically articulated: That just as Jesus died and rose again, so shall we.

That “good news” is for you.

If we get that, then Jesus’ teachings, as he moves around Galilee and Israel, healing and preaching have something else important to tell us too: The Kingdom of God has arrived now.

It starts now. The disturbing of the comfortable has begun. The comforting of the disturbed is underway and it is in his Church, however imperfectly, where we are called to live out our calling and like the first disciples, to take part in what Jesus is doing.

The kingdom of God is at work wherever God’s will is being done, anywhere justice is secured and compassion celebrated. Its geography is bigger than the Church to be sure, but we are called to be the messengers of the Kingdom and play our part.

I want to end by offering my own version of the beatitudes. I wonder if you were to write your own version, what you think Jesus might say to us today. What are the words of comfort and hope?

Blessed are the poor.

May you be built up.

May the bread of life give you strength to face the pain of the world without flinching. May the cup of salvation gladden your heart at the work God is doing.

May you be sent out into the world to share Jesus’ message to the poor like us, the hungry, the weeping, the vulnerable, those who know they need salvation that comes from the saviour who died and rose again for the life of the world.

May you be blessed. Amen.